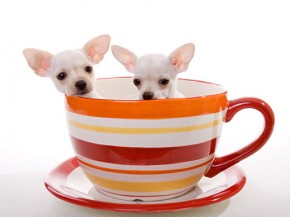 In case you want to compare the level of popularity of each dog breed in USA, you cannot find a more well-known and more beloved dog than the Teacup Chihuahua. Mostly, it is so popular due to its large role in American culture, pop society, fashion world and trends. As a matter of fact, in the beginning the Teacup Chihuahua was considered as a rich people`s dog only. However, today things have changed and grown even more – this tiny dog is truly adorned by all kinds of classes, people and societies. For somehow, everyone just loves Teacup Chihuahuas!

Some people find explanation for this general love towards the Teacup Chihuahua in the fact that this anything else, but not either a man`s dog, or a female`s puppy. These tiny little doggies might be really small and tiny, but they can be extremely energetic and always ready for some cuddling and playing either with men, or with women, with old people, or with kids!

You can be sure that the growth behind the popularity of the Teacup Chihuahua is also quite interesting and it starts with the Techichi dog breed, which was cultivated somewhere around Texas and to be more specific – in Chihuahua, Mexico in 1884. There is theory according to which, one strange hairless breed that hasn’t been seen in North America was brought from Asia to Alaska – somewhere on a bridge, where today the Bering Strait is. But just see the Teacup Chihuahua now! 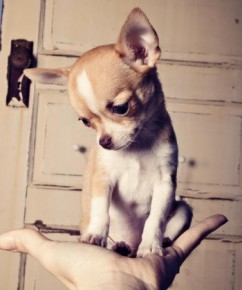 What exactly the Teacup Chihuahua is?

You will not be the first person, who used to think that the Teacup Chihuahua is a particular certain breed. As a matter of fact, people get confused and mistakes about the dog due to different conceptions about the term “Teacup Chihuahua”. Moreover – an owner of Chihuahua may even try to buy a Chihuahua teacup. Any breeder will get confused about such an order and the sale will become a bit complex.

The truth is that Teacup Chihuahua isn’t a new breed, but yet it is a Chihuahua the way we know it. The only difference, though, is that it is smaller.

Due to all the wrong information or to the lack of any information, misunderstandings about the Chihuahua are spread across the entire world. Of course, such errors aren’t fatal, but they are definitely not very fine, when it comes to the breeders or the sellers. Here is an example. A customer wants to find a teacup Chihuahua and the breeder tells him that it can be found, but on a higher price. On the other side, some people believe that these smaller dogs are from the same breed, so the price shouldn’t be different. Meanwhile, probably, there are people, who don’t understand something else yet. Chihuahua is a kind of a dog and when it is smaller it becomes other type – teacup Chihuahua. On the other side, Chihuahua is also well-known with the Teacup name only. See the other unofficial names of the Chihuahua: 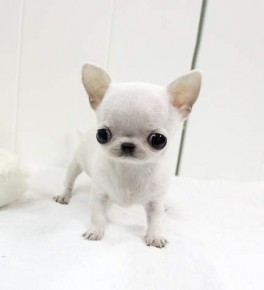 Naturally, the one, who gets lucky from the confusion of all the Chihuahua names, is the Chihuahua breeder. Of course, there are still honest breeders, who will kindly tell you that teacup isn’t a new breed, but just a term. Though, most breeders will probably present the Chihuahua teacup as a completely new official breed and they will earn more money.
Keep in mind that this article is devoted to Chihuahua in general, although we will mostly mention and consider teacup Chihuahua.

What is the size of the matured Chihuahua teacup?

The grown-up Chihuahua teacup may vary according to its colors, patterns or other special features.

How does the fully grown tiny Chihuahua look like?

The most typical thing about the Chihuahua is its rounded skulls. Also, this dog has really wide eyes, as well as large erect ears. The Chihuahua is the same as the Chihuahua teacup. They differ by their sizes only, while their shades, coats, colors and all the other physiological features are quite the same. Their styles of temperament are even the same. You can call Chihuahua a Chihuahua teacup if its height is under 9 inches, while its weight is under 5 pounds. The most popular shades today are red, white, tan, blue and chocolate. 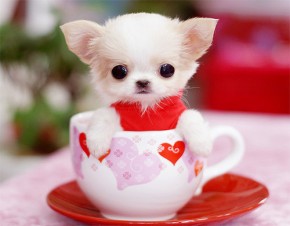 More about the personality and the temperament of the Teacup Chihuahua

Lots of people believe that it could be easier to have a female Chihuahua teacup. Though, lots of pet non-political organizations, as well professional breeders, claim that male pets behave themselves more – especially if their owners aren’t used to take care of little tiny dogs. However, such a statement is just a suggestion, because every Chihuahua teacup has its own typical characteristics. Though, according to the gander of your own little doggie, you may easily get used to each other and arrange your personal pet-owner relationship.

It is well known that the male Chihuahua is more easy-going and it submits to its female partner or the owner simply. Plus – the male Chihuahua is ready to remain so playful even, when it gets older. As a matter of fact male Chihuahua demonstrates their feelings more than the females.
On the other side, females show how they want to be treated by the owners differently. Experts say that females are more independent, but they are better in training. Female Chihuahuas prefer to assume the alpha role and they usually create their own rules, among which they have a sign for showing that they have enough with the training job. Females bark in order to get the attention over themselves, which could be a good sign that the dog will alarm in case of a danger. 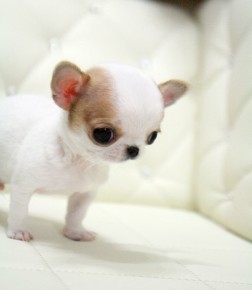 However, there are lots of similar features between the male and the female Chihuahuas. For instance, both are keen on dens and on burrowing pillows, clothes or other items. When the dog grows up, it becomes clannish and finds difficulties in accepting other pets. Also, it prefers only its own owner and his companion. Meanwhile, as a puppy, the Chihuahua needs time for adjusting to the owner and the new environment. Though, if you train them finely, the Chihuahua teacups may become very attracted by people – including new ones.

When the tiny little puppy grows up, you will need to provide it lots of special cares. Thus, you will preserve your dog`s good health condition. This is extremely important for a smaller Chihuahua since its health is weaker and you will need to balance it with a big amount of money, energy and efforts. By the way, before getting a teacup Chihuahua at home, most people don’t even imagine how much work expects them. Remember that the most important thing is to provide your little Chihuahua regular vet visits in order to make sure that everything is ok.

It is an interesting fact that Chihuahuas are always born without a complete skull. This, by the way, helps them survive the entire birthing. There are soft spots on their skull, but eventually with years they disappear. They are known as mollera. Though, there is a chance for the mollera to remain, which means you will need to pay some extra attention on your dog`s head.

Usually, Chihuahua has low blood sugar – hypoglycema – so you must never forget any meal! On the other side, going too far with the feeding might become a huge medical problem, too. To avoid them, make sure the Chihuahua puppy moves regularly and stays active. Your small furry friend, on the other side, will become happier, if it has a general schedule of its great active life. Bear in mind, though, that the standard Chihuahua hypoglycema symptoms are lack of orientation and strengths, as well as shivering and lethargy. 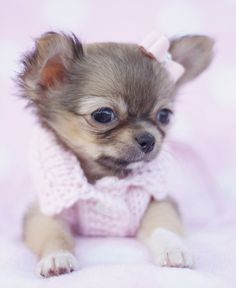 Never forget that Chihuahua`s primary home is the hot Mexico. Even if your doggie has an extremely long hair, it will yet become very annoyed by the cool weather. The Chihuahua`s body is too tiny and small, so they prefer the hotness to coldness. If you let your small puppy at the cold for too long, it may get hypothermia.

The next ordinary medical problem that may occur to your little puppy is an eye problem. Usually, the Chihuahua gets an eye infection due to bad hygiene. The same factor may influence badly on your dog`s teeth. Wash them regularly and visit the vet for regular checkups.

Do not leave your teacup doggie on high objects. If it jumps, it may get some really bad physical injuries. They have luxating patellas, which is the other name of knee caps and they pop out of place very frequently. If you need to install some additional furniture or stairs for your dog, so it can move along the house freely.

Due to their smaller size, the Chihuahua teacup is subscribed for regular fractures and bone pains, too. Even you can be the reason for such an injury – by moving the puppy wrongly or by sitting over it and this happens very often, by the way. So, make sure you are gentle enough and you pay big attention on your tiny dog`s intact body. Last, but not least – avoid the closeness of big pets to your small dog, too.

The Chihuahua teacup differs from the original Chihuahua, too. For instance, their genetic differences are the reasons for their different health issues. Meanwhile, it does not matter the size – regular or a tiny teacup – because if the owner is loving and caring enough, the puppy will have a happy and healthy life. 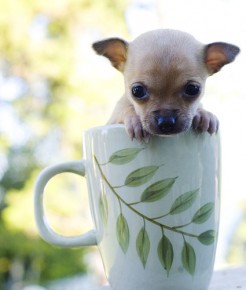 You can find breeders and places for buying a teacup Chihuahua very easily, because both are at a large abundance. Moreover – the more spots for selling, the more different types of Chihuahuas.
However, your biggest task, though, is to distinguish the trustworthy Chihuahua breeder from the fraud.
We really hope that this article was helpful for you to understand more about the Teacup Chihuahuas. These puppies are so amazing, loving and great, but their bigger versions are the same! Remember, though, that the smaller puppies need the bigger cares!

Previous Field Spaniel
Next How to teach a dog to sit