Can dogs eat fennel? Are Fennel Seeds Safe for dogs? 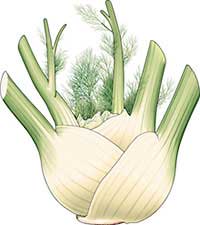 In this article you will find out can dogs eat fennel and is it good or bad for them.

As a loving pet owners, a lot of people want to show their furry friends that there are many amazing foods out there, but sometimes the risk is not calculated.

Many people should do in depth research before giving their pet a food they are not sure how it will affect the animal’s body. There is a potential treat behind almost every food, that why you need to be prepared and informed.

First, let’s see what fennel is:

Having very much alike smell like anise or licorice, the fennel is an aromatic herb that has a bulb like stem and yellow flowers, as it grows annually. Nowadays it can be found all around the globe, even though its origins come from the Mediterranean.

The plant spread out thanks to its seeds, as now you can find it practically everywhere in the world. Large numbers of fennel can be found at different parts of Asia and Australia, the United States, Canada, as well as in northern Europe.

Other names for fennel
The plant is known by the following names- bitter fennel, garden fennel, wild fennel and sweet fennel. In Greek, the fennel is named Marathon.

Although, the plant is very healthy, its popularity is very small. It is very nutritious, as it is also low in calories. The taste is very strange- anise-like, which makes it very loved, but also hated. If you enjoy this fresh veggies, it is most likely that you will have the desire to give it to your dog too.

Our bodies react good to all the parts of the fennel-seeds, leaves, stalks and bulb, but is it the same with dogs? 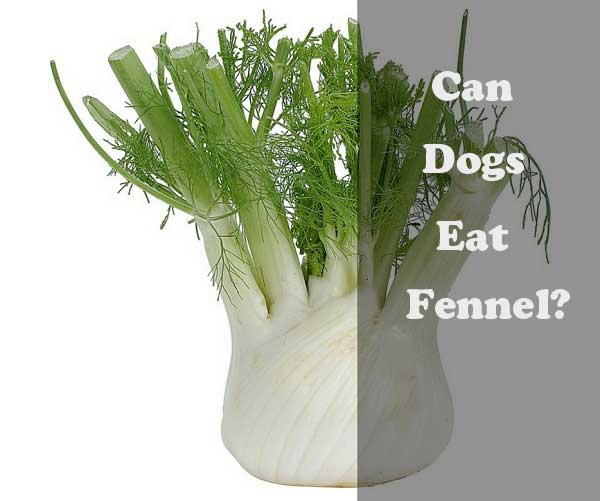 In brief, the answer is surely yes, as a fun fact is that a lot of dog foods on the market contain it, in order to become more nutritious and healthy.

Is it risky to let your dog eat fennel?
The answer is absolutely no, as fennel contains many vitamins that can bring a lot of benefits to your dog’s system. In fact, the seeds are great way to cure some health problems that occur in your dog. If there is a problem with the digestion, fennel seeds act favorably for the digestive system, as they relax it. You will put an end to this issue, if you give your dog fennel seeds once in a while.

As it was mentioned previously, a lot of companies that produce dog foods add fennel, as it contains many antioxidant properties and it has high nutritional value. The chance your dog loves it is equal to the chance of hating it, as fennel tastes like anise. In order to make your buddy enjoy the fennel, you need to make the introduction very slowly and in small steps.

Beneficial effects of the fennel 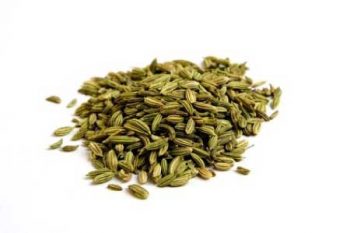 A natural way to fight with colic and flatulence is using fennel seeds.The vegetable works like a carminative, which means it fights with flatulence with pushing out gas. The method is gentle, as the effect comes very soon, which is something liked by many pet owners.

You can use the fennel seeds for many health issues, as the number of side effects is reduced to a minimum.

• If you want to regulate the movements and the normal rhythm of digestion, you can use fennel seeds, which will relax the gastrointestinal tract. Disturbances in the digestive system, can lead to spasms or turbulent contractions, which will disorder the normal digest of the food. The GI track plays a big role to the immune system, that’s why it is very important to remain a balance, if you want to avoid unpleasant health problems. Fennel seeds are one of the best ways to do that, as you will eliminate the spasms, which will relax the tract.

• Fennel seeds are proven method of fight with cancer cells, because of the high content of antioxidants. Those seeds will affect the cardiovascular system beneficially, as the oxidative stress will be reduced to minimum levels, thanks to the Vitamin P contained in the high amount of flavonoids in fennel seeds.

• Diseases such as Crohn’s disease and arthritis can be treated with fennel seeds, because of its anti-inflammatory properties and the antioxidants.

• The high content of iron and calcium will keep the bones and teeth healthy, as well as the many beneficial effects over the cardiovascular system. Herbal treatment is highly recommended from many doctors. Iron will stimulate the work of the brain and muscles, as well as the hemoglobin formation. The intake of iron can prevent from many serious problems, as its levels should be always under watch.

Reasons to give your dog fennel

As it was mentioned previously, the herbal treatment is very recommended, as the fennel will bring minimal side effects, which is a great plus.

In the Indian subcontinent, the plant is consumed raw, as many people use it as a breath freshener.

In the ancient past, Romans used it in order to improve eyesight, although there were no remarkable results.

Fennel is one of the best natural treatment methods that will fight effectively with digestive issues. If your dog suffers from the following conditions, you can try the treatment:

How to give your dog fennel?

There are many ways how to use the herb, as one of the most recommended ones are with a cooled tea.

To prepare the tea, you will need either fresh or dried seeds, as you add only a teaspoon of them in eight ounces of boiling water. After that, you should leave it till it cools. Depending on your dog’s weight, you should use two to four teaspoons. The easiest way to make your dog put it in its system is with adding those teaspoons into its drinking water.

Fennels bought from the grocery store often contains pesticide residue, which can cause some serious problems to your dog. The best way to prevent unwanted outcomes is to carefully wash it with clean water.

You should know that the fennel should be given only in certain amounts. Small portions are recommended in order to avoid diarrhea in your dog.
When you are giving your dog fennel for the first time, you should be extremely careful, as you only feed it in small portions.

The first time is very important, as you are still not aware how its body is going to react to the herb. An allergy can occur, that’s why you should be prepared if something goes wrong. If your dog does not show the following signs – excessive gas, itchy rear end, licking of the feet, it means that your dog is not allergic, and you can continue to feed it with the herb.

As every other plant, fennel also gets its medical properties from volatile oils, which are not recommended for pregnant or lactating animals.
You should also be cautious if your dog suffers from photosensitive dermatitis. The outcome of the intake of fennel with this condition can be very unpleasant, if you are not thoughtful enough.

Don’t bereave your dog from this amazing herb, as it is very nutritious and healthy, which will beneficially affect its system and senses

Side usage of fennel

Fennel is great method to prevent from flea and other bug infestations. It is commonly used in pesticide free flea treatments.
If you want to keep the fleas away from your home, fennel successfully fights with them, as fleas won’t approach areas where the fennel grows or there are fennel seeds. 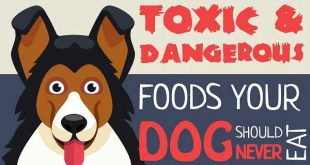 Toxic Foods for Dogs List: Dangerous foods for dogs you should never give to your puppy 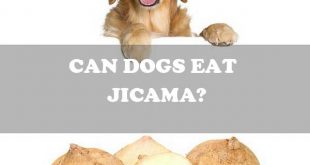 Can Dogs Eat Jicama? Is Jicama Good for Dogs? 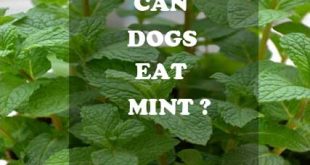 Can Dogs Eat Mint Leaves? Is Peppermint Safe or Bad for Dogs? 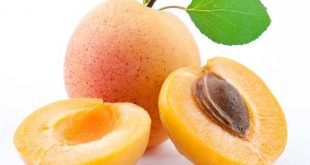 Can Dogs Eat Apricots? Are they Good or Bad for Dogs?

Can dogs eat apricots? Is it safe to feed my dog with them? One of …